I spent since last March working on a new project for Financial Express: Trustnet Direct A transactional website allowing users to buy and sell shares. Personally I think it’s a really cool site and within the company it was something very new and exciting. Lots of new technologies, functionality and an entirely novel UI paradigm.

Overall I’m very happy with how the project went. We delivered the site in the allotted time frame and now it’s up to the marketing folks to push it out there and make it a success. From the development perspective here’s a few bit’s I’ve learned:

Get your Continuous Deployment to Dev working early:
We started out with manual build & deploys for the first two months or so and I think this held us back initially. The main benefit of continuous integration is having early integration of code to catch any merge issues, constant deployments forcing simplification of that process and a better sense of code velocity. Never mind the waste of time in performing the builds and dealing with assorted broken builds.

I was a big fan of CI before this project and I regret that I didn’t push this more right from the very start. It’s not hard to set up and it reaps huge rewards. On any future project I’m going to insist of the following:

Log everything from day one:
…especially if you’re talking to a third party.

Logging is one part of projects that tends to be tacked on towards the end. To catch issues once you go live. It should be an integral tool which is used extensively from the very start of development for debugging of all issues. If you’re not logging enough detail (or too much), then during development is the time to change this, not once you’ve gone live and you’re trying to figure out what happened.

Of course once you add in communication with external sources it becomes an invaluable tool for accurately diagnosing where issues are arising and who’s responsible for fixing them.

Cache All The Things!!:
We added caching too late. It was a cache-aside strategy we used so it was entirely possible to work on the logic of the site without having caching implemented too early on. We found that once we did add the caching in we hit one of the ‘hard problems of computer science’. Cache invalidation.

Basically, functionality which had previously been working started causing issues because the cache wasn’t being updated in a timely manner. We had put our QA team in a position where they had to go back and retest any area where caching had been added. Which given the single page application style of the site meant pretty much everything.

So, I guess the moral here may be less “put caching in early” but rather “don’t say a component is done until the caching is in place“.

Have Faith in your Team:
Developers want to learn. They want to work with challenging projects using new tools and technologies and if you give them licence they will amaze you.

We’re using what I would consider a relatively straightforward architecture. We’ve got ASP.Net MVC working as the web tier with C# service classes accessed via interfaces. Ninject is used for dependency injection and we’re using simple models to move data between the layers.
However, I was told by a senior developer that it was “too complicated” and that developers wouldn’t be able to understand it, never mind work with it.

One of the most satisfying parts of the project was how well the team as a whole took to the new technologies, architecture and design patterns. In fact, I would say that the use of new technologies energised and got more buy in from developers than would have been the case otherwise. In many cases they took broad instruction and came up with entirely novel solutions.

Shout Louder:
This is more a personal improvement tip rather than one in general software development. I mentioned above in relation to Continuous Deployment that I had wanted it but was convinced that the setup overhead was prohibitive which in retrospective was absolutely false. The problem is that I knew this at the time as well. I knew Continuous Deployment would be valuable but I didn’t push it. I allowed myself to be influenced by the status quo, those subtle urging of “we have a system which works, don’t change it“.

Now you don’t want to be the new guy who breezes into a successful company and wants to change everything from programming languages to the colour of the walls (though I would argue that in some cases any of these is appropriate) so you have to pick your battles. If there’s something with minimal friction but good payoffs push for it.

Don’t take the “but it’s new” or “it’s difficult” as an answer. These are weasel words which if they go unchallenged long enough will cause a company to stagnate.

It is your job to push for better.

Posted in Development | Comments Off on A brief retrospective

#418: Confusion between Cash and Cache during discussions between programmers and clients.

Posted in Development, Random | Comments Off on Minor irritations of programmers for Financial Services

… my laptop decided to forget it’s video settings, didn’t detect the second monitor, had to reinstall device driver software and generally had a hissy fit.

Three restarts and a few wiggles on the dock and it’s working again. (facepalm)

Posted in Development, Random | Comments Off on It must be Monday…

Fuck me, just what I need.
Some piece of the build script, which noone has touched in about 6 months failing.
I have better things to look at…

<edit>
And of course, restarting my PC now means that it’s working.

Posted in Development, Random | Comments Off on Did it really.. 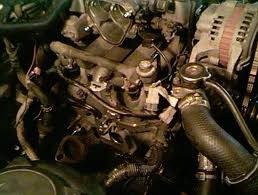 So, I haven’t written in months. This is what happens when you start a new job and have to dive in head first to get going with it.

So, while I’m still stupid busy, I want to at least start getting back to regular writing. I have some good seed ideas from over the last few month (mostly to do with developer/manager splits, agile development hiccups and new introducing new technology and practices into a legacy bound company) but they’re all pretty substantial pieces and I don’t have the time to work them up to a presentable state.

So, there may be a bunch of small, trite posts to tide me over until more time is available to me.

Posted in Meta | Comments Off on Cold start engine

Particularly when you get to use it on Windows via Cygwin.

You can save literally hours of manual labour with simple scripts. Of course the initial learning curve may also take you hours..

To delete all of the sub-directories of with a particular name.

Posted in Development | Comments Off on Gotta love the UNIX CLI

I have an issue where my Visual Studio Source Control Explorer is unable to do a “Get Latest” from time to time and I couldn’t see a common cause to the issue. END_OF_DOCUMENT_TOKEN_TO_BE_REPLACED

I know there’s a lot more to it, but Nuget is basically just a fancy copy and paste (with pre & post scripting facilities). END_OF_DOCUMENT_TOKEN_TO_BE_REPLACED

Posted in Development | Comments Off on Fancy Copy and Paste