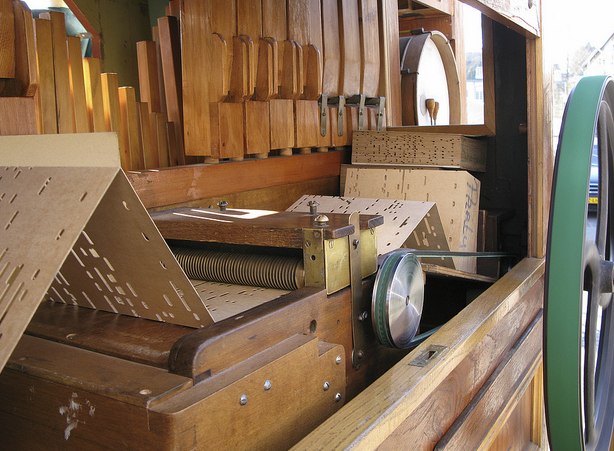 I like eMusic.com, I really do. I’ve been a member since 2007 and I’ve given them €484.71 over the years and in return I’ve downloaded a huge number of songs, found band’s I wouldn’t have heard of before and generally found it good value for money.

Here’s the thing. I’ve found over the last few months, that music I want to download, is marked as

We’re sorry. This album is unavailable for download in your country (Ireland) at this time. Some albums are available in slightly different versions, as result of varying licensing agreements. Some albums are licensed in one country but not at all in another. That’s frustrating, we know, but we are continuously working to bring every title to members in all countries.

Follow this <band name> search link to see a search results page for this album. If a version for your country is available it’ll be shown there. Follow the link to that album and you will be able to download it from the album page.”

The weirdest thing is that this includes albums I’ve already downloaded. So at some point eMusic must have signed up to a licensing deal which restricted them from making sales which they were previously allowed to make.

ah hah… A minutes quick search for the most recent licensing finds this. Whether or not this deal in particular is the one responsible we’ll never know.

I guess it’s a sign that what was a small, insignificant business is all growed up now that it has to play by the big boys rules. After all if you’re offering unrestricted, paid for downloads without any regional limits but you’re only bringing a four or five figure turnover then it’s literally not worth the lawyers fees to chase you down. Once you start talking about tens of thousand of subscribers each playing  €10 ~ €20 a month then certainly the labels get interested.

And god forbid you actually let people download your music, DRM free and pay you for it without having to go to a physical shop and buy a plastic disk or get it from iTunes (the 600lb gorilla in the room) which not everyone likes. You might actually establish a viable business model and people would get to hear what they want. Best prevent people from legally getting what they want. After all there’s no cheapier and easier alternative method of digital distribution out there.

All that being said, I’m not ragging on eMusic. They are a company and they have to obey the rules, counter productive as they are. What would be nice though is a little indicator on the search page to show that the album is not available in my country. That way while I might listen and save the album for later at least I don’t have the frustration of listening for 5 minutes and then finding out when I click through that I can’t download it.

Also a good idea would be an email notification when items in your saved list which were previously unavailable become available because of new deal.

<edit> Having browsed aimlessly for a while, it seems that most of artists which are unavailable were previously relatively unknown but are now big names. i.e.  Florence and the Machine, Dizzee Rascal etc… It’s almost as if the labels don’t care about them when they’re small, but once they’re earners they’ll restrict sales. Makes total sense in one way, is very counter intuitive in another.

Apparently  someone from eMusic reads my blog because now when I try to listen to a preview of an artist which I can’t download it won’t play for me. Well done to eMusic for making my browsing slightly less confusing (a visual cue would be nice as well just so I don’t think the sample just isn’t downloading). Well done to the music industry for preventing me buying your product.

This entry was posted in Music. Bookmark the permalink.